​​I was born in Alliston, Ont. in 1956 to a career military father and homemaker mother. We moved from one posting to the next (including London, England circa Beatlemania) before settling in Ottawa in the late '60s. I met my wife Carolyn when we were both in Carleton University's journalism program, and we've been together ever since while living and working (with no children and various beloved cats) in Toronto, on Salt Spring Island and in Vancouver. We lucked upon our Whiffin Spit home one glorious spring afternoon in May, 2003 and have grown to love the peace, the  forested setting, the prevailing winds, the hot-and-cold running wildlife and the ready access to the Spit. My favourite haunts locally include Sooke Yoga and Wellness, the Stick in the Mud Coffeehouse, the public library and, in what would be an utter shock to my younger self, municipal council chambers for public meetings that I have often called "the best Monday night entertainment in town." 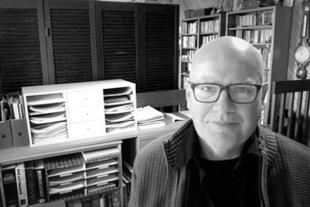 About Jeff Candidate for Sooke Council 2018

industry and tourism marketing.  Shifting into semi-retirement, I became active in local

volunteerism a decade ago.  I was president of Transition Sooke for five years before recently

stepping down to run for council a second time, and I'm now in my final months as the

Following a fascinating and rewarding life challenge during the 2014 election, i was appointed for

​and its Community Centre Advisory Committee.

With Transition Sooke, I've led a grassroots team of caring, progressive locals who wish to rekindle a sustainable, resilient, common sense and connected community. Sooke has traditionally been all of those things and remains so to an impressive degree. Yet to keep these values thriving, we've been creating working groups (Zero Waste Sooke, for one), hosting  speaker and film nights, organizing rewarding open-space community dialogues, and presenting a growing list of special events -- the Sooke Region Ecohome Tour, the Sooke Repair Cafes  and theSooke Region Earth Day Celebrations  included.  I've also led delegations to council regarding single-use plastic reduction, alternative energy initiatives, a bear-smart garbage bylaw and oil tanker traffic in the Strait of Juan de Fuca. We've demonstrated, in our own quiet, minimal-budget way, the "power of just doing stuff," to quote the title of an inspiring book written by Transition founder Rob Hopkins.